Home > The Art of Singing

This week is dedicated to the extraordinary experience of the internationally renowned pedagogue Margreet Honig. In order to preserve her legacy, the IVC organises a masterclass week in which she will work together with six pedagogues on the art of teaching singing. Twelve young singers will participate in these sessions but will also work with two other famous singers on the six musical pieces that have to be prepared. The two other coaches are soprano Rosemary Joshua and countertenor Andrew Watts. The program consists of private coaching, group sessions, public master classes and the week concludes with a concert on Sunday, 5th March 2023.

The pedagogues can gain the following from this week:

The singers can gain the following:

Margreet Honig will centre her sessions with the pedagogues around the following themes:

Singers requirements
The course is open to singers of all nationalities who have completed their professional education or are studying at a conservatoire and aim for a professional career or have an equivalent level of training.
Age limit: Born on 6 March 1990 or later (max. 32 years old)
Participants can not be younger than 18 years

Application singers
If you are interested in participating in the IVC Masterclass week, please send an email including your biography with date of birth, plus a total of two YouTube video links with an aria by either Händel or Mozart and one German or French Lied to info@ivc.nu before 30 January 2023. Please also include your repertoire list for the course.

Application pedagogues
To sign up as a vocal pedagogue, please send a message to info@ivc.nu with your CV, and if possible recommendations before 30 January 2023.

Selection of singers and pedagogues by IVC and Margreet Honig.

"An encounter with Margreet is an experience never to be forgotten."
~ Magdalena Kožená

For 40 years, singers from all over the world have found their way to Margreet Honig. With her positive energy and personal approach, she knows how to get the best out of everyone.

Because of her background as a singer, Margreet Honig knows what her students go through. She studied singing with Annie Hermes and Corrie Bijster at the Amsterdam Conservatory and continued her studies in the United States with Evelyne Lear. In Paris, she took lessons with Pierre Bernac, where she specialised in the French repertoire. Margreet Honig gave several recitals with pianist Rudolf Jansen and made numerous recordings with the Radio Kamerorkest conducted by Kenneth Montgomery.

For four decades, Margreet Honig has devoted herself entirely to training singers. For a long time, she was principal study teacher at the Rotterdam Conservatoire and the Conservatorium van Amsterdam.

Margreet Honig is frequently invited to give master classes and interpretation courses, both in Europe and in North and South America. Among others, she has given master classes at the conservatories of Zurich, Basel, Hamburg and Versailles and the Conservatoire National Superieur of Paris, the Royal Academy in London and the Curtis Institute in Philadelphia. In addition, Margreet Honig regularly teaches at the opera studios of the Bavarian State Opera and the State Opera in Latvia.

In honour of her 80th birthday, the book "Der Freie Ton" by Gordana Crnkovic was published. Margreet has a desire to transfer her insights to the next generation of vocal pedagogues. This desire brought her back to Rotterdam Conservatoire (Codarts), where she has for a couple of years entered into a collaboration to coach principal study teachers under the name Teach the Teacher, a coaching programme she hopes to expand in the future. 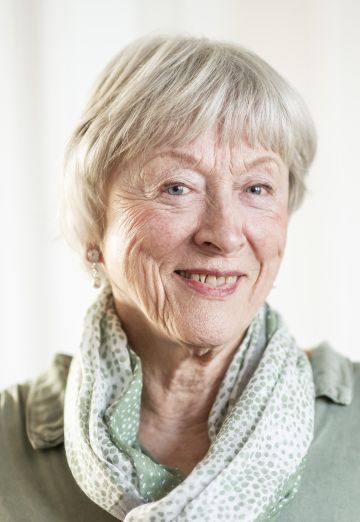 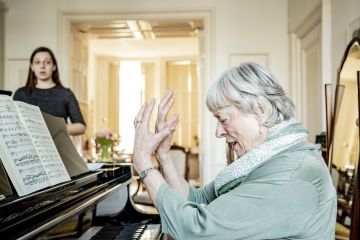 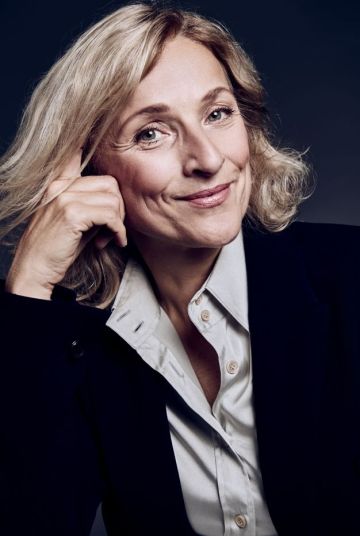 The internationally renowned soprano Rosemary Joshua is the head of Dutch National Opera Studio, a two-year trainee programme for young artists that started in September 2018.

Rosemary has been teaching, coaching and advising young singers since 2015 and collaborates frequently with various Young artists programs, including The Zürich Opera Studio and The Bolshoi young artists program. She was appointed as head of Dutch National Opera Studio in September 2018, helping to create a brand new, relevant international program supporting and representing some of the brightest talents of the new generation.

From October 2022, Rosemary Joshua is featured in the second season of the successful Dutch TV program ARIA by Omroep Max. During the eight weekly episodes of this show, ten talented opera singers sing well-known arias, which will be judged by an expert jury, led by Rosemary Joshua.

Few countertenors have pushed the boundaries of repertoire and sound more than Andrew Watts. A dramatic voice unlike any other and extraordinary stage craft and presence make him a unique performer not only of parts traditionally associated with the voice type, but also a pioneer of 20th and 21st century repertoire. He is associated particularly with parts like Edgar in Reiman’s Lear, which he has performed at Staatsoper Hamburg, Opéra national de Paris, Maggio Musicale Fiorentino, Bayerische Staatsoper Munich and which will take him to Teatro Real Madrid next season. As well as singing core roles of the countertenor repertoire such as Ottone Agrippina (Teatro Nacional de São Carlos, Lisbon), Athamas Semele (Oper Graz) and Arsamene Xerxes (English National Opera), Oberon A Midsummer’s Night Dream and Prince Go-Go (Komische Oper Berlin, ENO, Oper Graz) and such less frequently done by countertenors like Baba the Turk The Rake’s Progress (Festival d’Aix-en-Provence, Dutch National Opera, Stanislavsky Theatre, Moscow) and Orlofsky Die Fledermaus (Oper Graz), he has performed over 60 world premieres. 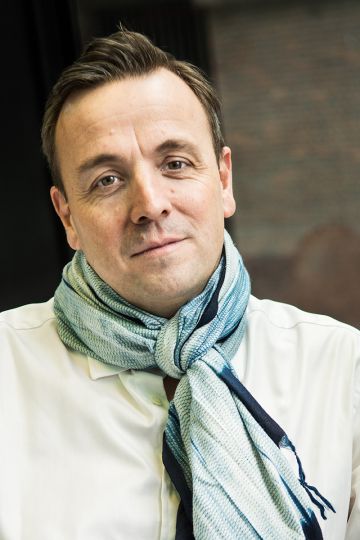 Three IVC LiedDuo laureates of the past will be the accompanying pianists: 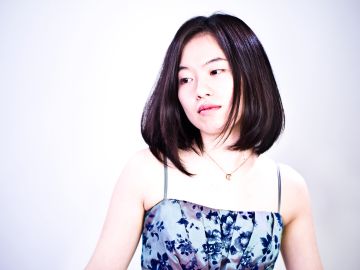 The Japanese pianist Hikaru Kanki took piano lessons from Motoko Toyoda, Kimiko Higuchi and Noriyuki Miyazawa. Since 2012 she has been studying at the Hannover University of Music, Drama and Media with Prof. Roland Krüger, where she completed her Bachelor and Master degree with the highest marks.

​She participated in several concerts and recitals in Japan, Germany, Austria, Czech Republic and Russia. She was invited by Animato to play at the Salle Cortot, Paris. At the age of 11 she gave her first performance as a soloist with the Okayama Philharmonic Orchestra.

​Since 2020 she is a faculty member as a piano accompanist for Voice and Bassoon class at HMTM Hannover. 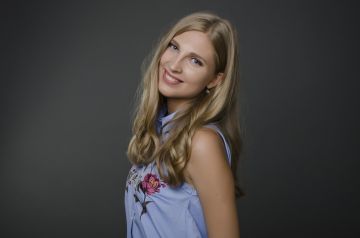 The Serbian pianist, Sara Pavlovic, graduated at the Robert Schumann Hochschule Düsseldorf under the teaching of Paolo Giacometti. Her enthusiasm for the art song motivated her to continue her studies with Hartmut Höll at the Hochschule für Musik Karlsruhe. After earning a Master of Music, she pursued third degree studies in Liedgestaltung.

As the winner of numerous international competitions in her home country, Sara has established herself as an expressive and sensitive musician. Most recently, Sara and her duo partner Yue Wang won the Young Artists Platform Prize 2022 at the International Lied Festival Zeist. Together with tenor Zhuohan Sun, she won the 1st prize at the Berlin Rising Stars Grand Prix International Music Competition 2021. Zhuohan and Sara are laureates of the 54th IVC LiedDuo Competition in s’-Hertogenbosch.

Sara Pavlovic has received the generous support by the DAAD, the ZONTA International Foundation and the "Ivan Petković" Foundation. In addition, she is a scholarship holder of the Richard-Wagner-Verband Düsseldorf and the Yehudi Menuhin Foundation LiveMusicNow.

Ian has formed a fruitful collaborative partnership with soprano Harriet Burns: they were awarded the Contemporary Song Prize in the 2019 International Vocal Competition in ‘s-Hertogenbosch, and most recently they won the Maureen Forrester Second Prize and Prize for German Lied in the Art Song division of the Concours Musical International de Montreal.

Ian has frequently performed at UK festivals including Leeds Lieder, Oxford Lieder and Ryedale,and across Europe including Amsterdam’s Concertgebouw and Palau de la Música in Barcelona. He collaborates with singers such as James Gilchrist, Ailish Tynan, Nick Pritchard and Roderick Williams. Recent highlights include a recital at Wigmore Hall for Ludlow English Song Day and at the International Lied Festival Zeist with Harriet Burns. Ian is also a versatile keyboard player, chamber musician and orchestral player, frequently performing with the London Philharmonic Orchestra. He is Artistic Director and Founder of hipston Song, whose inaugural festival was held in the Cotswolds in September 2022.