Composer Bart Visman and lyricist Marc Pantus create a cycle of three songs about an artist's experiences on stage for three consecutive Competitions 2021-2026. For the LiedDuo and Opera | Oratorio competitions in 2021-2022 the first song, titled 'Het Goud van Vermeer' / 'Vermeer's Gold' was performed. Both composer and lyricist are now working on the second song in this cycle. More information will follow.

Commissioned by the International Vocal Competition 's-Hertogenbosch as compulsory piece for the IVC 2021 and 2022.
Published under direct management of Stichting ’s-Hertogenbosch Muziekstad.

Published by Deuss Music, The Hague, via www.deussmusic.com.
>> Download sheet music <<
For perusal only. Participants selected for the Semi-finals receive clean copies of the sheet music.
Competition participants decide for themselves whether they perform the Dutch or English text.

Van Riemsdijk Prize: €2,500
The "Van Riemsdijk Prize" will be awarded to the Duo (2021) or singer (2022) that according to the jury is the best interpreter of the compulsory piece by Bart Visman. The compulsory piece will be performed by all Duos in the Semi-Finals. Two Duos will be nominated to perform the composition during the Finals on the 21st of November 2021. Competition participants decide for themselves whether they perform the Dutch or English text.

Composer Bart Visman and lyricist Marc Pantus (himself a bass-baritone) wrote a song that is directly connected to the experiences of a singer.
"You have a date in your calendar on which you sing a new work. You don't know it, you never really know how much preparation it requires. And yet, time and time again, you manage to make music with the orchestra, your colleagues and sometimes the choir. That seems self-evident, but it is not. This song is about what a candidate feels in a Competition. "
Marc Pantus

I smile at the audience
I know the song

the song is not about me
(what is there to say about me?)
but the song still needs me

LYING PROHIBITED IN THE AUDITORIUM

"Listen here!
Don’t wait to practice lying
(I learned it far too late myself)
to the accompanist, the choir, the orchestra, 6
the critics, piano, acoustics, the audience,
sing praises – right when they’re undeserved.”

and then
– O fortunate disaster –
a gift made of gold
or blue
fluid and flowing
– just like Vermeer would do –
made of gold
a column, an egg
on a ‘Ja’
or on an ‘Amen’

and no lying
no lying

I gave a nice, friendly nod
I have nothing

but here I have a purpose
see, there is a cross here upon the floor
here it is
this is a safe place
this is where I must be 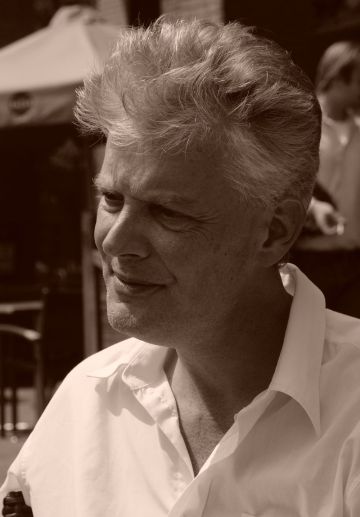 Bart Visman (Naarden, 1962) studied at the Conservatorium van Amsterdam with Daan Manneke and Geert van Keulen. In 1994 he received the incentive award from the Amsterdam Fund for the Arts (AFK) for his orchestral work Orchestrales.

He has also written orchestrations of such music as Images Oubliées by Debussy for the Royal Concertgebouw Orchestra and Les Mamelles de Tirésias, a short opera by Poulenc. This last arrangement for chamber orchestra has been successfully performed by Opera Trionfo and the Nieuw Ensemble, Grand Théatre of Luxembourg, Wolf Trap Opera, and the youth department of Dutch National Opera among others, and conservatories in Maastricht, Leipzig, Karlsruhe and Philadelphia.

He has created a new Opera together with Marc Pantus, 'De allochtoon'. Together with the same text writer he created a song cycle for tenor and IVC-Prizewinner Peter Gijsbertsen “Zeven levensliederen en een aanslag”.

In his music, Bart Visman seeks to give musical expression to all that is higher, grander, and all that draws people out of the mundane. For this he uses all the musical resources (both tonal and atonal) at his disposal. In his choice of texts he returns again and again to such significant themes as life, love and death, producing music that is full of longing, at once joyful and melancholic.

Marc Pantus initially studied theatre design at the Rietveld Academy of Visual Arts in Amsterdam where he graduated in Audio-visual Design in 1989. Immediately afterwards he began his singing studies at the Utrecht Conservatoire and at the Royal Conservatoire in The Hague. There he also followed the opera class and obtained the diploma Performing Musician in 1997.

He was selected for the Steans Institute for Young Artists at the Ravinia Festival in Chicago (U.S.A.), where he was taught by Thomas Allen, Christa Ludwig, Barbara Bonney, Elisabeth Söderström and Roger Vignoles, among others. In 2001 he founded i piccoli holandesi serious comedy & opera. Originally purely focused on comic opera repertoire from the eighteenth century. Since then Marc Pantus has sung, designed and directed productions by Johann Adolf Hasse and Francesco Bartolomeo Conti that have received acclaim in the press. The productions could be seen at the Holland Early Music Festival in Utrecht, the Aqua Musica Festival in Amsterdam, the van Wassenaar Festival and the Voi-z Festival in Zwolle. After these productions Marc Pantus made Don Quijote, cut & paste opera in 2005 and Sancho Pança in 2006, the latter consisting for a large part of a never before performed opéra comique by Philidor. At the beginning of 2009 Pantus made Doodleuk, a solo performance with cantatas by Bach and Telemann and a story by Thomas Bernhard.

In the summer of 2009 he was director and designer of Svadebka!, the village wedding that included the world premiere of Stravinsky's Les Noces and Histoire du Soldat. The performance premiered at the Grachtenfestival in the Hermitage Amsterdam and was praised in the national press for its clarity and inventiveness. To crown the series of performances, the production was performed as a Queen's Day concert at Noordeinde Palace and broadcast on Dutch television. In 2011 he wrote and directed the performance Don Quichot and Sinterklaas for De Magische Muziekfabriek and the Radio Kamer Filharmonie, including new work by Bart Visman and the opera El retablo de Maese Pedro by Manuel de Falla, in which he also performed the role of Don Quichot. For vocal ensemble Frommerman Pantus wrote and directed the performance FrommerFranz, an ode to Schubert. The press was unanimously positive about this production.

For Wishful Singing 'female a cappella' he made the performance Victory! - from Bingen to Boogie with works by Hildegard von Bingen and newly written compositions inspired by Mondrian's painting Victory Boogie Woogie. For and with the Cococollectief he directed Schubert's Winterreise in the adaptation by Maurice Lammerts van Bueren. Soon the Nederlandse Bachvereniging will play his direction of Bach's Kaffeekantate. This will also be recorded on film for "All of Bach". As a writer Marc Pantus has worked on scripts and scenarios for vocal ensembles such as Frommermann, the Coco Collective and Wishful Singing.

Marc wrote the libretto for the opera ‘De Allochtoon’ by Bart Visman. Visman also composed the work for the large choir and symphony orchestra Rumori and the song cycle Seven Songs of Life and an Assault commissioned by Peter Gijsbertsen on the occasion of the presentation of the Dutch Music Prize.
www.marcpantus.nl 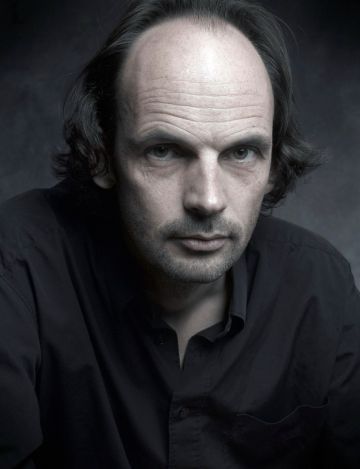