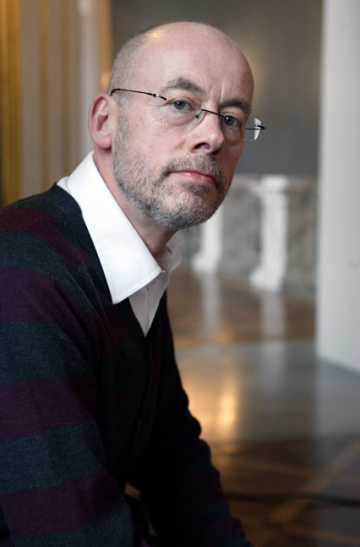 Pål Christian Moe was born in Oslo, Norway. After studying literature at the Universities of Oslo and London, he worked at the Norwegian Opera, first as a stage manager and later in the fields of dramaturgy and artistic planning.

He then worked for five years as production manager for Deutsche Grammophon Gesellschaft in Hamburg, where he also directed and was responsible for vocal productions. In this capacity he supervised recordings of opera, oratorio and symphonic repertoire with conductors such as Leonard Bernstein, Claudio Abbado, James Levine, Giuseppe Sinopoli and Neeme Järvi, as well as the most important singers of the day.

In 1994 he moved from Hamburg to the Opéra National de Paris, where he held the position of Operations Director under Hugues Gall until 2004. Since then he has worked as a freelance consultant for casting and programme planning, mainly for the Glyndebourne Festival Opera, Lyric Opera of Chicago, L'Opéra de Lille and the Paris-based baroque ensemble "Le Concert d'Astrée" and its founder and conductor Emmanuelle Haïm. With the beginning of the 2008/2009 season he is responsible for the casting concept at the Bavarian State Opera.

He is regularly invited as jury member on singing competitions, such as Plácido Domingo’s Operalia, the Richard Tucker Awards, the Queen Sonja Competition, and several others. When he is not busy casting, he enjoys reading, languages, and listening to non-operatic music.

As Brünnhilde in Harry Kupfer's 1988 staging of Richard Wagner's Niebelungen in Bayreuth, Deborah Polaski emerged as one of the most promising dramatic sopranos. In two consecutive Ring cycles on the “Grüner Hügel” (with Daniel Barenboim 1988, with James Levine 1994), she sang this role more than any other soprano since the Second World War. Although she had already sung in opera houses such as La Scala, Munich and Berlin, it was after her debut in Bayreuth, that she received offers to sing in all of the world’s major opera houses: Paris, London, New York, Sydney, Barcelona, Dresden, Vienna and Salzburg, to name just a few.

Her career was also dominated by some of Richard Strauss’ great heroines—the Marschallin, the Dyer’s Wife and Ariadne. Her exceptional and publicly acclaimed Elektra is, however, her most predominant Strauss role. Since her role debut in 1984, Polaski has set new standards singing Elektra almost 200 times worldwide with some of the most important conductors and directors.

During her career other significant roles included Marie in Wozzeck, Kostelnička in Jenůfa, Kabanicha in Kátja Kabanová, Zia Principessa in Suor Angelica, Cassandre and Didon in Les Troyens, Madame de Croissy in Les Dialogues de Carmélites, Leonore in Fidelio. She delved and investigated into each of these roles in order to give psychological depth and meaning. She augmented her extensive repertoire with lesser-known works such as Paul Dukas’ Ariane et Barbe-Bleu, Luigi Dallapiccolas’ Il Prigioniero and Arnold Schoenbergs’ Erwartung.

Concert halls worldwide were another venue in her life as a singer. Representative of the long list are the New York Philharmonic and Lorin Maazel in Avery Fischer Hall, Pierre Boulez and the Metropolitan Opera Orchestra in Carnegie Hall, Daniel Barenboim and the Chicago Symphony in Carnegie Hall. European concert halls included: the Musikverein in Vienna under the batons of Georges Prêtres and Fabio Luisi, the Vienna Konzerthaus with Bertrand de Billy. Further collaborations included performances under Claudio Abbado as well as Simon Rattle with the Berlin Philharmonic, James Levine and the Bayreuth Festival Orchestra, and with Christoph von Dohnányi in the Royal Albert Hall.

In 2003, in recognition of her accomplishment as an artist of distinguished quality and subsequent contribution to Viennese cultural life, the Austrian government rendered her the prestigious title of Austrian Kammersängerin. In 2010 she received an Honorary Doctor in Performing Arts from the University of Cincinnati. In 2015 she was named “Member of Honor” of the Berlin State Opera.

After concluding her active stage career in 2015, she intensified her commitment to teaching, both in master classes and in her private studio. 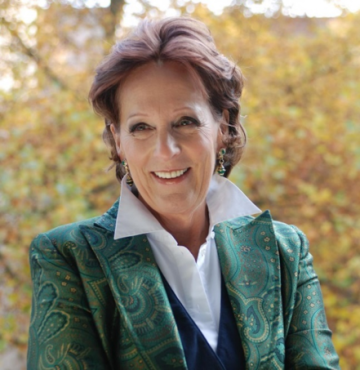 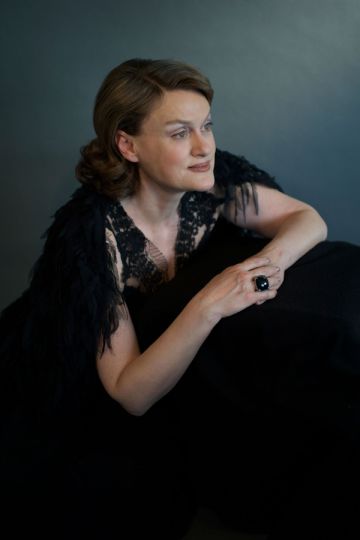 Vesselina Kasarova was born in Stara Zagora (Bulgaria) and began playing the piano at the age of four. After her concert diploma she studied singing with Ressa Koleva at the Music Academy of Sofia and already as a student she performed in major roles at the National Opera there.

After completing her studies in 1989, a two-year fixed contract led her to the Zurich Opera House, where she quickly became a public favourite and was celebrated by international experts as a great discovery.

In the same year she also won first prize at the German singing competition "Neue Stimmen" in Gütersloh.

In the Mozart Year 1991 Vesselina Kasarova made her debut at the Salzburg Festival with two matinées in the Mozarteum (Betulia liberata KV 118) and as Annio in the revival of La clemenza di Tito conducted by Sir Colin Davis. Further roles at the Salzburg Festival were Tancredi, Ombra felice, Zerlina, Farnace, Sesto and Marguerite (La damnation de Faust). In the autumn of the same year Vesselina Kasarova made her highly acclaimed debut at the Vienna State Opera as Rosina (Il barbiere di Siviglia) under Donald Runnicles.

Vesselina Kasarova has recorded many CDs for RCA Red Seal, which have received numerous awards. 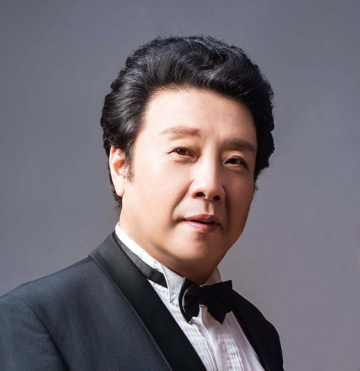 Bass Yue Liu is Professor and Doctoral Supervisor of the vocal department at the Central Conservatory of Music in Beijing, China.

He is prizewinner of numerous prestigious competitions, such as the First Prize Opera at the 39th International Vocal Competition ‘s-Hertogenbosch in 1992.

Yue Liu also sang roles in many other European opera houses and performed opera and concert repertoire in Japan, Brazil and other countries worldwide. Singing in German, Italian, French, Russian and other languages, he performed the main bass role in more than 50 operas. 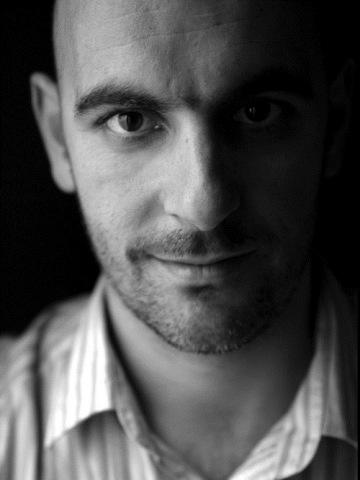 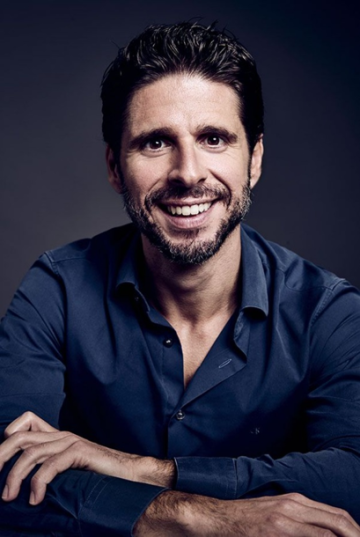 Damià Carbonell Nicolau (1977) studied Piano and Music Theory at the Conservatory in Barcelona. He also studied Cultural Management and Music Business Management at the Pompeu Fabra University of Barcelona. He began his career in 2004 as coordinator of Cultural activities at the "Friends of the Liceu" Foundation. In 2006 Damià Carbonell Nicolau joined the department of Artistic Affairs at the Gran Teatre del Liceu in Barcelona, where he was appointed deputy artistic director in 2011. November 2013 till January 2019 he has been working as deputy artistic director at the Teatro Real in Madrid.

The internationally renowned soprano Rosemary Joshua is the head of the National Opera Studio, a two-year trainee programme for young artists that started in September 2018.

Rosemary has been teaching, coaching and advising young singers since 2015 and collaborates frequently with various Young artists programs, including The Zürich Opera Studio and The Bolshoi young artists program. She was appointed as head of the Dutch National Opera Studio in September 2018, helping to create a brand new, relevant international program supporting and representing some of the brightest talents of the new generation. 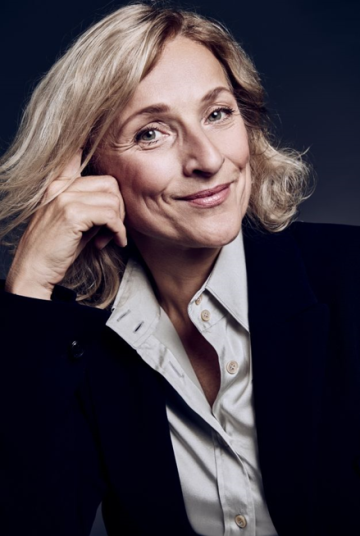 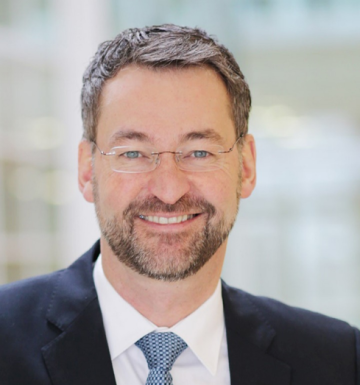 Born and raised in The Netherlands, Hein Mulders (1962) left to live in Paris and study History of Art at the École du Louvre and French at the Institut Universitaire Catholique. Upon his return to The Netherlands he began his studies of History of Art & Archaeology and Italian at the University of Amsterdam whilespecializing in Musicology and History of Opera. He combined his studies temporarily by studying Piano at the Conservatory of Utrecht discovering his passion for music and deciding his professional life would be in Opera.

After his studies he started up the Vocal Department as Assistant Managing Director at one of the leading national music agents in The Hague. Having been an intermediary between artists and organizers for one year, he longed for a more active role and accepted the position of Orchestra Manager of the National Youth Orchestra of the Netherlands. Apart from the national symphonic projects throughout the year he traveled with the orchestra every summer on the annual international tours to music festivals in France (Aix-en-Provence), Spain (Valencia), Hungary (Budapest), Slovenia (Ljubljana), Austria (Wiener Festwochen), Germany, Belgium and Italy.

During this five-year engagement with the orchestra he was focused increasingly on opera by publishing numerous articles about opera and interviews with singers for several opera magazines and by planning the operatic programming for the Classical Radio Broadcast of Amsterdam.

In 1995 he moved to Belgium where he started working as Casting Officer at the Flanders Opera (De Vlaamse Opera) in Antwerp and Ghent, becoming the following year member of the direction as Head of Casting and Artistic Planning. In this position he was responsible for all artistic matters regarding choices of production teams, conductors and casting of singers as well as the full artistic planning. In the same period, he was a member of the jury and the board of Opera Studio Flanders.

In the summer of 2006 Hein Mulders accepted the position of Director of Artistic Administration for De Nederlandse Opera in Amsterdam, encompassing casting and artistic planning as well as leading the music staff and stage-management department, as right hand of artistic director Pierre Audi.

In May 2011 he was appointed as Intendant of the Aalto Opera House, the Essener Philharmoniker and the Philharmonie in Essen for a 5-year term from 2013 to 2018. This appointment combined for the first time in the Essener ‘5-Sparten’ the positions of Intendant of the opera house and the concert hall together. He brought Czech music director Tomas Netopil from Prague National Theatre as Generalmusikdirektor to the Essener Philharmoniker and Aalto Theater. In Spring 2016 the City of Essen has extended the 5-year mandate of Mr Mulders for a second term from 2018 to 2023.